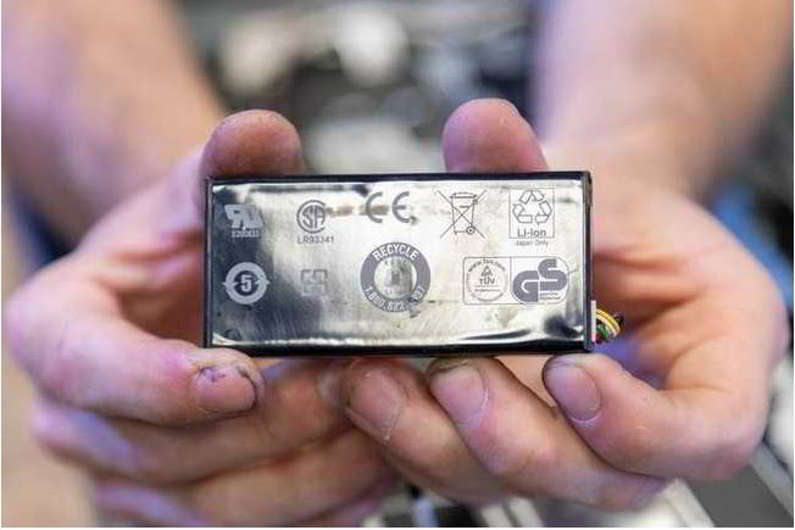 Every year billions of dollars’ worth of precious metals such as gold and platinum are dumped into a mountain of electronic waste (e-waste) that continues to grow. E-mining is the process of recovering some of these precious metals.

In 2019 alone a record-breaking 54 million tons of e-waste was generated across the globe and only 17% was recycled. E-waste comprises precious metals like gold, copper, silver, and palladium found in electronic devices like computers, phones, modems, and more and it is growing three times faster than the earth’s population.

Why Electronics Recycling is Important

It is critically important to recycle electronics to reduce landfill, divert electronic waste, and eliminate toxic scrap, and they represent almost 70% of toxic waste. E-mining delivers a substantially richer resource than extracting virgin material from ore. Each year, over 7,500 tons of silver and more than 320 tons of gold are used to make electronic devices around the world.

An urban mine is the stockpile of rare metals in the discarded waste electrical and electronic equipment of a society. Urban mining is the process of recovering these rare metals through mechanical and chemical treatments.
Wikipedia

In developing countries, a modern recycling service can recover around 95% of gold from old devices. However, if done by an inexperienced facility, workers risk being exposed to a wide variety of hazardous substances during the recovery process. Currently, the overall e-waste recovery rates in the U.S. are quite small. In fact, the EPA reports that in 2009 only 38% of computers were recycled, as well as 17% of TVs, and 8% of cell phones in the U.S.

Not enough devices make it to be recycled, and not enough precious metals are recovered from those that do. Only 10 to 15% of gold in e-waste is recovered, the rest gets lost in the processing. There is a need for initiatives to promote the recovery of precious resources is needed, as it could accomplish a lot.

These policies can include:

Potomac eCycle is a full-service hard drive destruction and electronic waste recycling company that is R2/RIOS certified. We provide cost-effective, reliable recycling services including picking up old electronic devices in Washington, D.C. and the local area. There is no need to worry about your important data since we destroy it completely and give you a “Certificate of Destruction” to confirm this.