Hard Drives: What’s The Difference Between SSD and HDD? 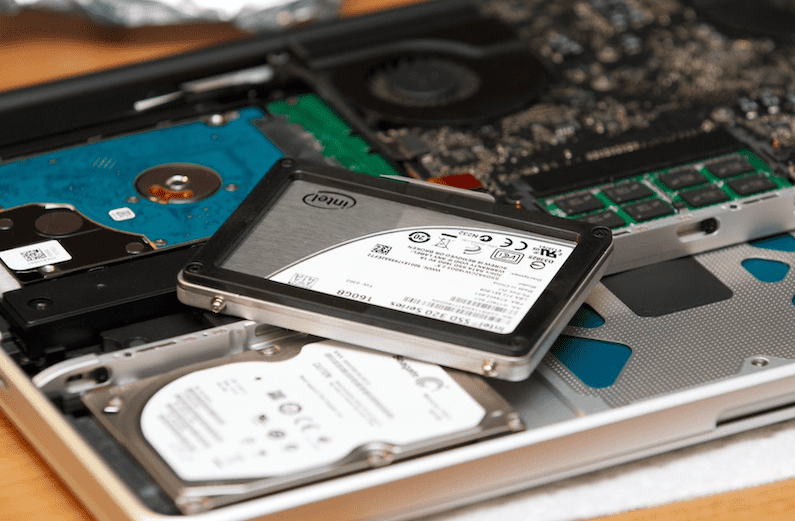 Hard drives are self-contained units inside towers, laptops and other computer devices that store all types of data. Whether information saved involves operating system codes and drivers or pictures and documents, you’ll find it retained on the hard drive. Each hard drive specific to a computing device has a limited amount of space on which to store data. Although space restrictions used to be an important factor to consider when purchasing a computer, the development of the Cloud means hard drive space is mostly a moot point today.

What is a Solid State Hard Drive (SSD)?

SSDs are called “solid state” because they have no moving parts. Similar to the way a USB drive is designed, SSDs store data as microchips. Since data are directly retrieved from SSD microchips, solid state hard drives function more quickly and easily than hard disk drives.

Features of SSDs include:

What are Hard Disk Drives (HDDs)?

IBM introduced the first hard disk drives in the early 1960s. Although HDDs have evolved dramatically since then, they still rely on utilizing magnetism to retain data. Inside each hard disk drive is a spinning platter located below a read/write head. The read/write head transfers data to the spinning platter using neodymium magnets. How fast an HDD operates depends on how fast the platter spins. Today’s HDDs have spinning ranges of 5500 RPM on the low side and 7200 RPM on the high side.

HDDs remain popular because they are cheaper than SSDs but can still store large amounts of data. However, processing speeds of HDDs are not nearly as fast as SSD processing speeds. It also takes hard disk drives much longer to read/write data than it does solid state drives.

The Bottom Line: SSDs or HDDs?

You will still find hard disk drives in desktop computer towers, off-brand laptops and older systems. But you won’t find HDDs in MacBook Pro, Apple and other more expensive laptops. In fact, industry experts are predicting a gradual phase-out of hard disk drives in all computer/Internet devices within the next 10 years.

How Difficult Is It to Erase Sensitive Data from Solid State Drives and Hard Disk Drives?

If your business is one of the many companies switching from HDDs to SSDs, don’t take chances on leaving sensitive data on hard drives by relying on unreliable erasure methods or uncertified data destruction. Call Potomac eCycle today to learn about how we use only the most advanced data destruction methods available to ensure your most secure data are permanently and completely erased.